History of Chemistry at Queen's 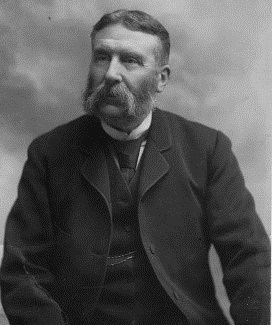 The first course in chemistry was offered in the School of Medicine in 1854 (“The Non-metallic Elements and Their Compounds”), however the first academic appointment in chemistry was not until several years later, in 1858, when George Lawson was appointed Professor of Chemistry (School of Medicine) and of Natural History (Faculty of Arts); this was only the fourth academic appointment at Queen’s. In his first year at Queen’s Professor Lawson awarded the first-ever subject medal, the Aluminum Medal in Chemistry, to Robert Foster; the industrial production of aluminum had only been developed very recently by Deville in 1856 making aluminum more valuable than gold. Five years later Lawson moved to Dalhousie where he had a distinguished career as a botanist. Relations between the University and the School of Medicine were somewhat acrimonious, and in 1866 a separate medical college (the Royal College of Physicians and Surgeons, Kingston) was incorporated; this college was in existence for 26 years before it was reincorporated into the University. George Lawson was a founding member of the Royal Society of Canada (1882). 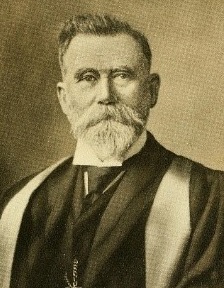 Robert Bell was born in Toronto and educated at McGill University in Montreal and at the University of Edinburgh. In 1863 he joined Queen’s University as Professor of Chemistry and of Natural History. He served briefly as Professor of Geology at Queen’s then in 1869 he joined the Geological Survey of Canada where he worked until his retirement in 1908. While at the GSC he mapped much of northern and western Canada. He was a founding member of the Royal Society of Canada (1882) and received an honorary LLD from Queen’s in 1883

Prior to the 1860s, chemistry was only taught in the School of Medicine, with students in Arts receiving instruction in natural history (botany, zoology, mineralogy and geology). Chemistry was subsequently added to the Arts curriculum, and in the 1870s a degree program in ‘chemistry and the natural sciences’ became available.

Nathan Dupuis, a Queen’s graduate, was Professor of Chemistry from 1868 to 1881, at which point he became Professor of Mathematics, a subject in which he specialised. Dupuis was to have a significant impact on the future of chemistry at Queen’s over the next 43 years.

William L. Goodwin was Dupuis’ replacement as Professor of Chemistry; originally from New Brunswick, Goodwin had studied chemistry at Edinburgh, London, and Heidelberg (under Robert Bunsen). In 1893, engineering arrived at Queen’s with the opening of the School of Mines (W.L. Goodwin, Director) and the establishment of the Faculty of Practical Science (N.F. Dupuis, Dean), later the Faculty of Applied Science. In 1897, the program that was to become Engineering Chemistry was first offered (the B program: ‘Chemistry and Mineralogy’), and chemistry was now being taught to students in three faculties – Arts, Medicine and Applied Science. This led to an increase in the number of academic appointments in Chemistry and, in 1911 a building (Gordon Hall) dedicated solely to instruction in Chemistry was opened. Dupuis Hall (1966) is named after Professor Nathan Dupuis.

Dupuis retired in 1911 and was replaced by William Goodwin as Dean of Applied Science; he subsequently retired in 1919. During their time at Queen’s, Dupuis and Goodwin had seen the Department grow to a complement of six academic appointments with a dedicated home for the Department of Chemistry; Professor Arthur C. Neish was appointed the inaugural Head of Department in 1919. Over the next 35 years the number of appointments remained static, while Gordon Hall was enlarged in 1946 with the addition of Gordon Annex. It was not until the 1950s and 60s that the Department underwent the next significant expansion, with the addition of the Frost Wing and an increase in faculty to over 25 full-time appointments. Today the Department maintains a similar complement of faculty, but in 2002 was moved to the vastly improved teaching and research facilities located in Chernoff Hall. Goodwin Hall (1972) is named after Professor William Goodwin.